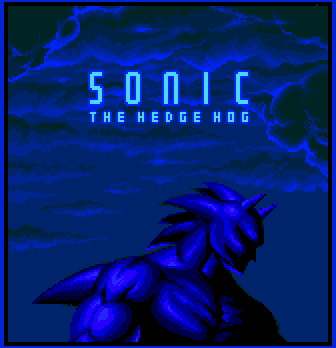 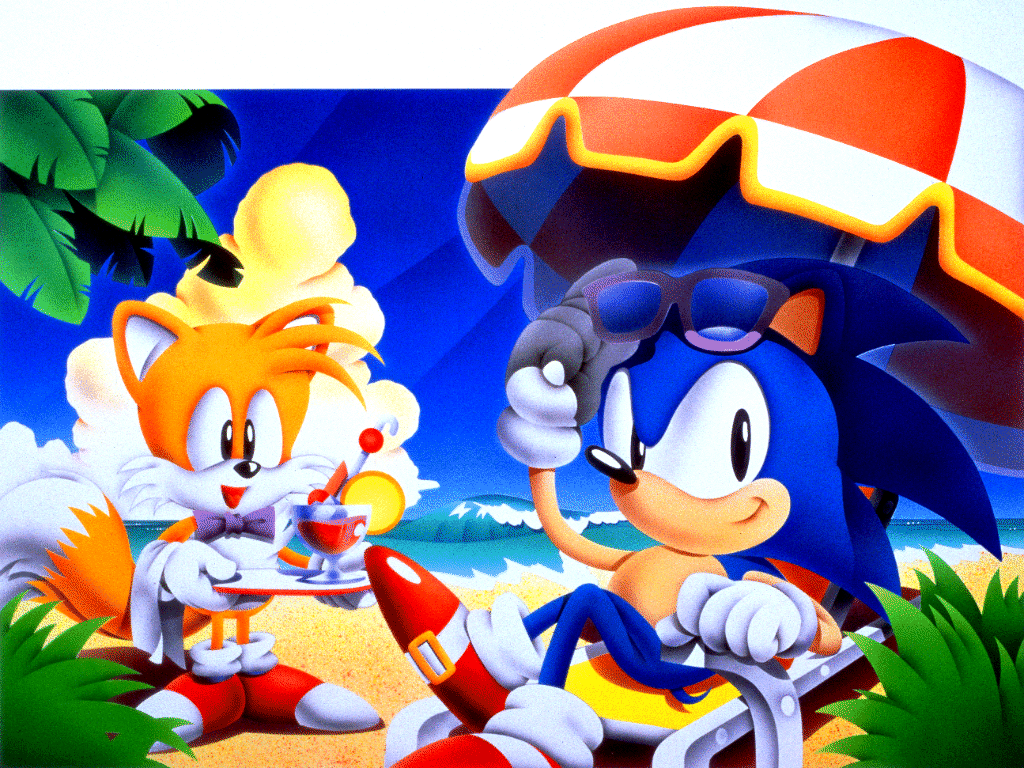 Welcome to the (currently) secret part of the site about Sonic the Hedgehog! 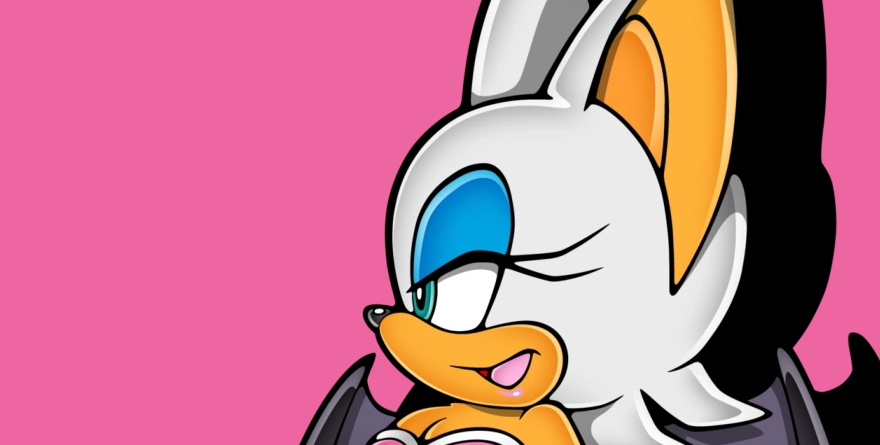 Rouge the Bat is a wildly fascinating character in the Sonic series and one that seems to be played more for a joke than actually taken at face value. Which is kind of a shame, but I get it. Bat with tits in a series otherwise kind of lacking in sexual themes is kind of a weird outlier even in something like Sonic, which has had multiple entries where Sonic is seen driving a car. 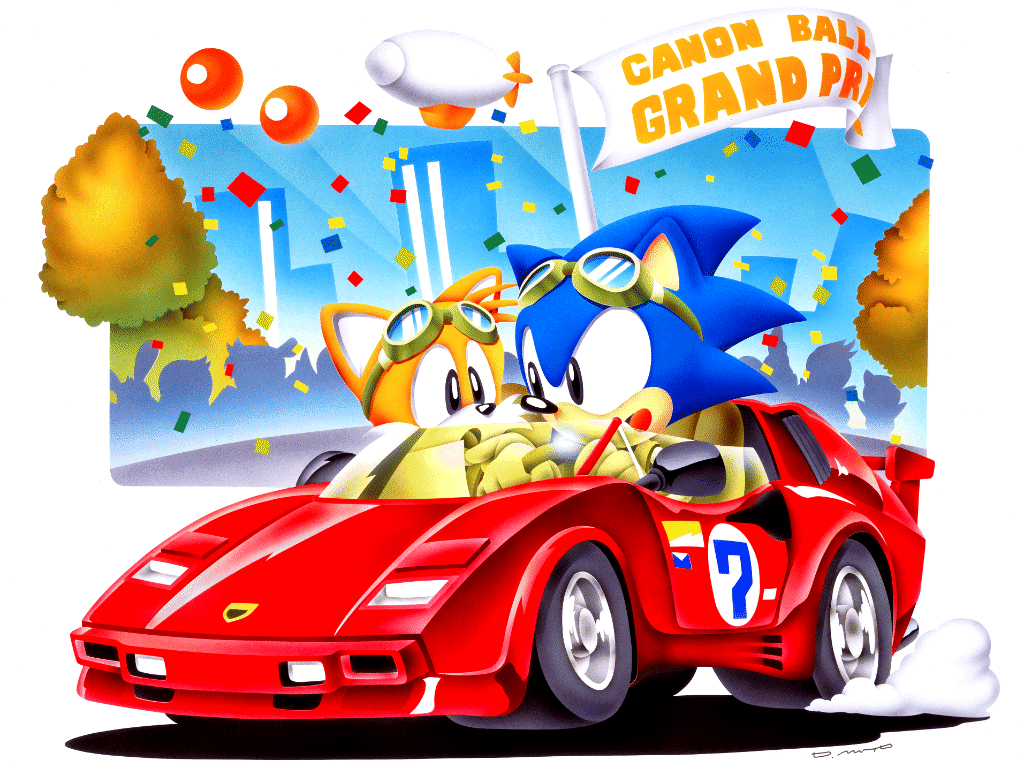 Like come on, that is weird. I know the excuse is that Sonic wants to race fairly, or something like that, but it still strikes me as odd because running never really seems to put a strain on Sonic. Even in expanded media of dubious canon, it's always the shoes holding him back. Why would he want to be in a car race any way? Cars are dumb and completely antithetical to Sonic's eco-terrorism spirit. Anyway, we were talking about Rouge, right? The bat? 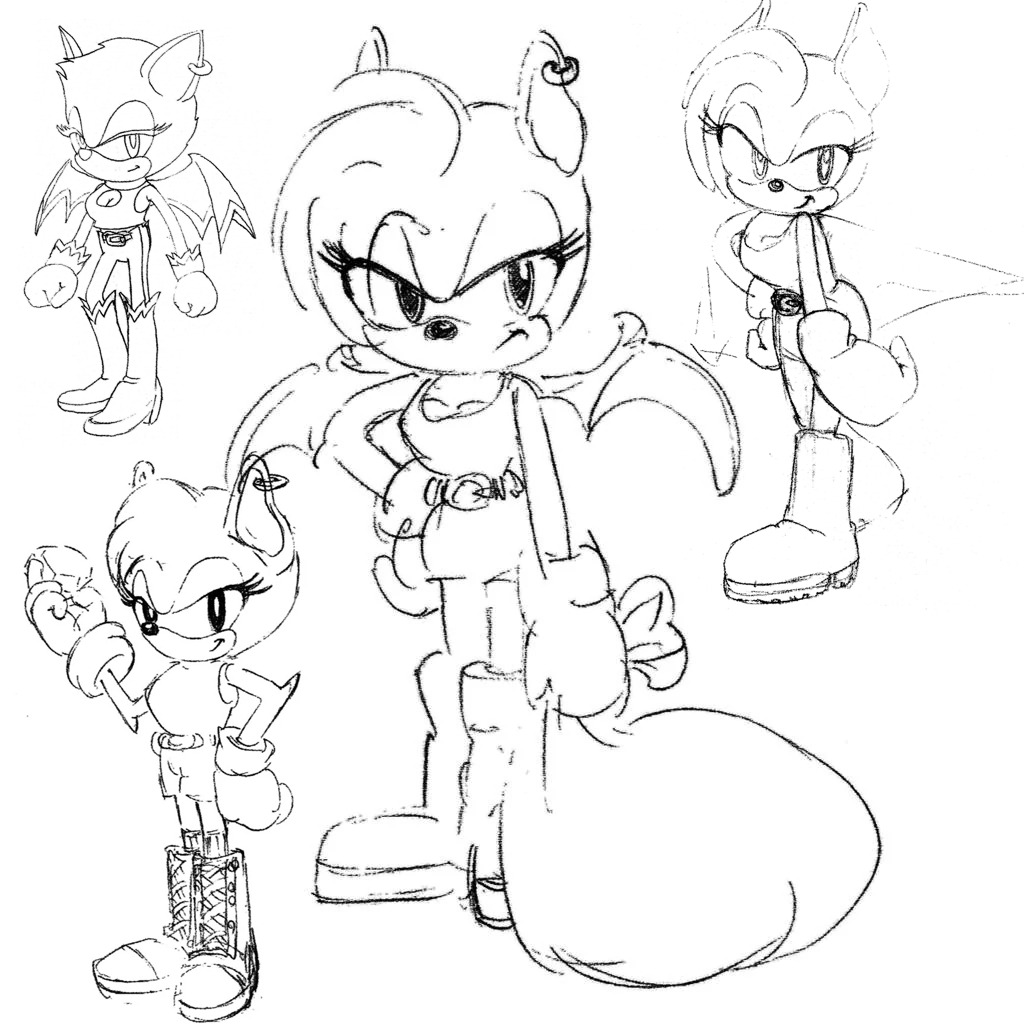 First conceptualized as Nails the Bat, her design really isn't that overtly "horny" from what we see in the concept sketches originally shown. Aside from one concept where she has a boob window, she doesn't really show any cleavage and is much more "butch" than overtly feminine. It's clear she was always meant to be a thief character, as concept arts show her with a bag or holding a Chaos Rmerald, but the femme fatale aspect wasn't really a focus. At the time, Sonic didn't really have a ton of female characters as most had been scrapped as part of early concepting stages (as was the case with Madonna in Sonic 1) or were set to be part of games that never got finished (Tiara in Sonic Xtreme). At the time, it really would have only been Amy and Tikal from the games proper, with a couple of characters you could pull from Archie or the cartoons but those were largely ignored by Sega at the time.
Nack the Weasel/Fang the Sniper argubably could have fit the role of a thief and rival for Knuckles just as well in Sonic Adventure, but it was really hard to pin down exactly what that character was even with a clear motivation to sell the Chaos Emeralds off. He had also been envisioned as a Game Gear exclusive character, even though he had appearances outside of this dinky little console and was planned to appear in Xtreme, which would have been Sonic's technical first 3d outing had it not undergone extreme development hell. His backstory could have been changed, his motives more clear in the second 3D title, but it was decided a new character may be better in this case. Not that Rouge really sticks to stealing the Chaos Emeralds either for a lot of her later apearances. It's still certainally an aspect of her character but she's usually someone that you can never really get a good handle on their motives except when those she calls friends are involved. Even still, writers ocasionally play with the idea that she might not be fully reformed either. In any case, how we got to Rouge seems pretty apparent- there was a need for an antagonist to steal the crystal emeralds and act as a parallel to Knuckles, who probably wouldn't have a lot to do in the plot of Sonic Adventure 2 otherwise. It is a little hard to imagine a reality otherwise even with Nack being an obvious forerunner to this role- he simply had not been tied enough to the Sonic canon to really be pushed that way.
The evolution of the design seems to be to push her as a more mature character compared to Amy or Tikal- girl characters around this time were pidgeonholed as weaker or annoying distaff counterparts to their male protagonists and even as Tikal has god-like powers she also has no meaningful impact with any given character in Adventure 1 as they dismiss her interactions as dreams or something crazy that just happened to them. Rouge draws from the femme fatale archetype down to the breast physics and she certainally leaves an impression. One could dismiss this as sexist, and perhaps even Sega knew they were pushing it too far as her next appearances would attempt to tone her down, with her Heroes outfit infamously being a example to try and curb this- only for the team to find it even more provactive than her original outfit. It's honestly a miracle Rouge continues to show up in the franchise as is, but I kind of can't help but like the character. Even with a lot of further female characters in the series now, she still stands out as one of the few take on a distinction as a villain and ocasionally continues to toe the line around the moniker. Her relationship with Shadow and Omega, before Sega needlessly tampered with it, gives her a lot of great interactions and her rivalry with Knuckles at least means he gets something to consistently do as her presence usually means Knuckles isn't tethered to the floating Angel Island as often. She's so brazen as a character and her appeal is so obvious outside of her more outlying sexual characteristics, which mostly work in service of making those traits generally work. It's the Fujiko Mine influence that makes her interesting and engaging as a character, and someone that usually can stand their ground but ocasionally turns to others to help, and the audience usaully isn't sure if we're also being played at the same time. She's always been fine the way she is.
SONIC HEROES
I first encountered Sonic the Hedgehog as a youth around the time I got a PlayStation 2. My first game was Sonic Heroes, which I suppose was a okay enough place to be introduced to the series, as it's struggling to get away from the baggage of Sonic Adventure 1 and Sonic Adventure 2. In a lot of ways, it's trying to get back to basics while at the same time trying to deal with the fact Sonic has become a series with a story now. So it undoes some things. I think it's for the better in the long run- the death of Shadow the Hedgehog is undone, although it stays lays the core mystery of if this is even the same Shadow at all. Omega carries on the legacy of Gamma, but without the baggage of knowing that the heart it's beating with is an Flicky attempting to reunite with it's family. The story is dead simple even with a running mystery through four stories, culminating in the return of Metal Sonic in the main villain role he will never return to in the game series ever again.
So in a sense, it's actually an okay place to start for a Sonic fan to really start- really. It introduces you to twelve characters that sure, are vastly simplified to fit into a LEGO-style character skillset, but are still plenty fun to play as a platformer. It does things that platformers don't really do, introducing mechanics that are more comfortable in a RPG or fighting game, and yet are trimmed down to function as a boost to gameplay functions over time or act as a screen clear. 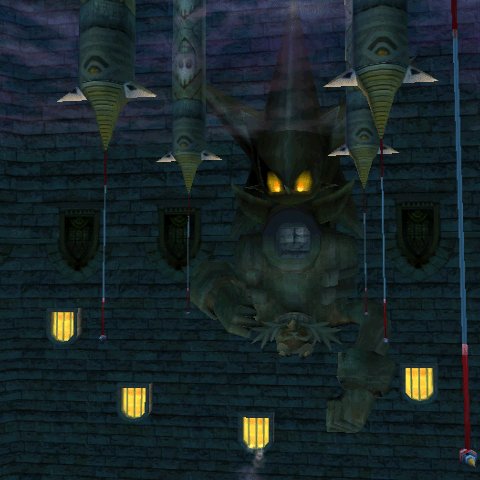 I never did finish Sonic Heroes- even as Team Rose, the dead-easy, simple "difficulty" of the four teams, the game proved to be a too hard for my pre-teen gaming skills. As you kind of go through this site, it becomes abdudantly clear I am not actually good at any video games, however, I do put in the time and research to still appreciate them. Watching my girlfriend play through this game reveals a deeply flawed game at the core, but yet I kind of can't help but love it?
Like it is actually rather interesting concept to play as three characters at once. It's not just that you're controlling one and swap between them- the other two appear by your side and depending if they're with you, they actually still do serve as a function in the other characters' moveset. It's not a surprise to me that a lot of fans actually do want a sequel, as it's not really something you ever see in the space still, 19 years later as of writing.

Heroes introduces a lot of really nice sticking elements that have now been removed from the series over time. The Egg Pawn designs in this game are so good and goofy, probably the best appearance they have even if it's not the best tweak to the design they've gotten since. All the team dynamics are really fun, but Team Dark is such a good set of characters that it's now a shame that mandates by Sega now keep them from meaningfully interacting. Even Metal Sonic's new design is a really cool new take on him that you will pretty much never see again. Sonic Heroes isn't even the most interesting Sonic game or for that matter, the most impactful to most people, but I have a soft spot for it. It's a awkward transistion out of the Adventure era into what the series will be torn between trying to having the games go back to classic-inspired structure and more interesting, new gameplay ideas.
UPDATES
04-18-2022: rouge the bat retrospective up
04-18-2022: basic skeleton up, sonic heroes retrospective up